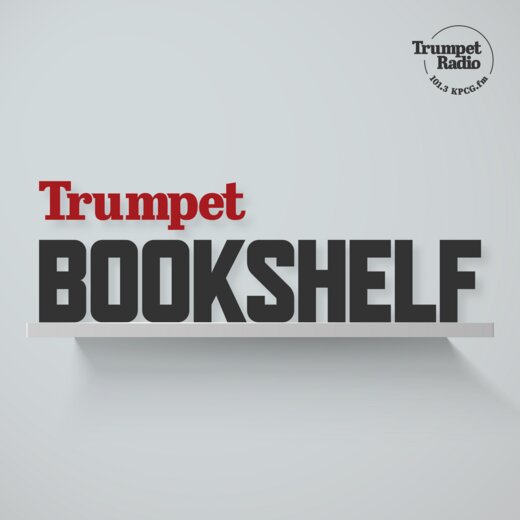 In a world of religious confusion, no one seems to know about the subject of the Church. What is it? What is its purpose? What are its beliefs and doctrines? What is the core of its message? Perhaps even more confusing is the subject of the Kingdom of God. Is it in our hearts? Is it here on Earth right now? Is it the stereotypical scene of the “good” people lounging on clouds and strumming on harps, accomplishing nothing for eternity? Follow along as host Grant Turgeon covers chapters 6-7 of Herbert W. Armstrong’s greatest book, Mystery of the Ages. Answer these questions and many more for yourself. Get your free copy of Mystery of the Ages at theTrumpet.com.

Besides the Bible, Mystery of the Ages is the most important book ever written. Follow along as host Grant Turgeon summarizes chapters 4-5 of the late theologian Herbert W. Armstrong’s masterpiece: “Mystery of Civilization” and “Mystery of Israel.” Learn how all the staggering, sobering problems of the present day can be traced back to the two trees of the book of Genesis. Understand why God made Israel His chosen nation, and how it was not because of favoritism. It is impossible to comprehend God’s master plan for mankind without knowing the truth about these vital subjects. Go to theTrumpet.com for your own free digital or physical copy of Mystery of the Ages.

In the first-ever live episode of Trumpet Bookshelf, host Grant Turgeon covers chapters 2-3 of the late theologian Herbert W. Armstrong’s crowning written work: Mystery of the Ages. Learn about the “Mystery of Angels and Evil Spirits” and “The Mystery of Man.” Each chapter of Mystery of the Ages builds upon the last. Discover why God created the angels before everything else—before the Earth and the entire universe. They have a magnificent purpose and part in God’s master plan. Understand why God created humans—why we are made of physical matter instead of spirit, our incredible potential, and how God will transform us into His own sons. Request your free printed copy of Mystery of the Ages at theTrumpet.com, or start reading from a digital version right now.

In this episode, host Grant Turgeon dives into the late theologian Herbert W. Armstrong’s magnum opus: Mystery of the Ages. Follow along as he covers the introductory material and chapter 1, titled “Who and What Is God?” Learn how God miraculously called Mr. Armstrong into the truth. Understand the nature and the character of the Almighty God—Creator of the universe, ever-living Ruler of the God Kingdom, dazzling and perfect Spirit Being, and Father of a soon-to-be endless spiritual Family. Request your free copy of Mystery of the Ages, or start reading it online right now, at theTrumpet.com.

The late theologian and philanthropist Herbert W. Armstrong met with hundreds of leaders from 81 countries. How could a prominent Christian televangelist make such a positive impact on powerful people with different religions, cultures, traditions and backgrounds from his own? Follow along as Grant Turgeon summarizes Philadelphia Church of God Pastor General Gerald Flurry’s booklet Ambassador for World Peace. Learn about the hope-filled message that inspired every person with whom Mr. Armstrong spoke on these important international trips.

#5: The Way of Peace Restored Momentarily

For over 50 years, the late theologian Herbert W. Armstrong preached about the only way to bring about lasting peace. But his ministry wasn’t all talk. He restored peace to God’s Church, and, by supporting a peace pact between two nations, he momentarily restored peace to the world. Follow along as Grant Turgeon summarizes Philadelphia Church of God Pastor General Gerald Flurry’s booklet The Way of Peace Restored Momentarily.

#4: A Warm Friend of Israel

The late theologian, educator and philanthropist Herbert W. Armstrong met with hundreds of world leaders as an unofficial ambassador for world peace. He had an especially close relationship with the leaders of the tiny nation of Israel. Jerusalem was his favorite city. In one four-year stretch, he visited over 50 times. He brought together Arab and Jew by giving them a vision of hope—of a time very soon when peace will last forever. Listen as host Grant Turgeon interviews a very special guest about Mr. Armstrong’s “iron bridge” to Jerusalem. Learn why the achievements of a man who died 32 years ago are all the more important and impressive today.

An exciting new archaeological exhibit called The Seals of Isaiah and King Hezekiah Discovered is now on display at Armstrong Auditorium in Edmond, Oklahoma. These tiny artifacts point to the miraculous and dramatic history of Jerusalem. Follow along as Grant Turgeon summarizes Philadelphia Church of God Pastor General Gerald Flurry’s booklet Jerusalem in Prophecy. Learn about the bloody past, violent present, and destructive short-term future of Jerusalem. Discover the glorious long-term future of the Holy City, the city that God has chosen. One day soon, Jerusalem will finally experience lasting peace.

As hard as Mr. Armstrong worked to prove the existence of God, one could argue that it was even more challenging for him to prove the authority of the Bible. Follow along as Grant Turgeon summarizes the late theologian Herbert W. Armstrong’s booklet The Proof of the Bible, and explains why only the Bible can be considered a totally accurate, authoritative, proof-positive religious textbook.

This question is the fundamental starting point for the acquisition of all knowledge. Either a superior power created us and is in charge of us, or we are gods unto ourselves. In Does God Exist?, Herbert W. Armstrong thoroughly examines this crucial subject. Follow along as Grant Turgeon summarizes this booklet, a 13-page masterclass in logic.