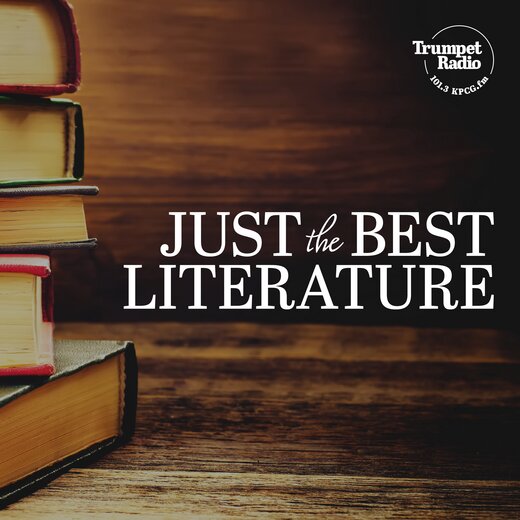 Just the Best Literature inspires you to not only read printed books, but to read only the best books. Besides books, host Dennis Leap will lead discussions on other current literature such as essays and important articles.

#23: Understand the Structure of the Movement, or Action in Hamlet, Part 2

Host Dennis Leap completes his discussion of the movement, or action in Shakespeare’s Hamlet. Clips from the 1996 Branagh film and the 2016 RSC production are featured.

#22: Understand the Structure of the Movement, or Action, in Hamlet

#21: You Can Read, Understand and Enjoy Hamlet!

#20: Visit to Shakespeare’s Globe Theater and Critique of Taming of the Shrew

Host Dennis Leap along with Deborah Leap discuss visiting Shakespeare’s Globe Theater and the Globe’s production of Taming of the Shrew.

#18: Interview With Paapa Essiedu and Natalie Simpson of the Royal Shakespeare Company

#16: JBL’s Man on the Street, Dennis Leap, Talks Shakespeare With Visitors to Stratford-upon-Avon

Host Dennis Leap invites Stratford-upon-Avon locals to talk about Shakespeare—his plays, his sketchy biography,
and the current controversy over how to produce his plays for modern audiences.

#15: Final Thoughts From the Autobiography of Benjamin Franklin

Host Dennis Leap discusses why Ben Franklin’s “bold and arduous project” to attain moral perfection is the most important part of the book.

#14: Ben Franklin on Moral Perfection and Proper Use of Time

The 60-plus panel—host Dennis Leap, Robert Harmon and Deborah Leap—discuss Ben Franklin’s plan to achieve moral perfection and his daily schedule for getting things done.