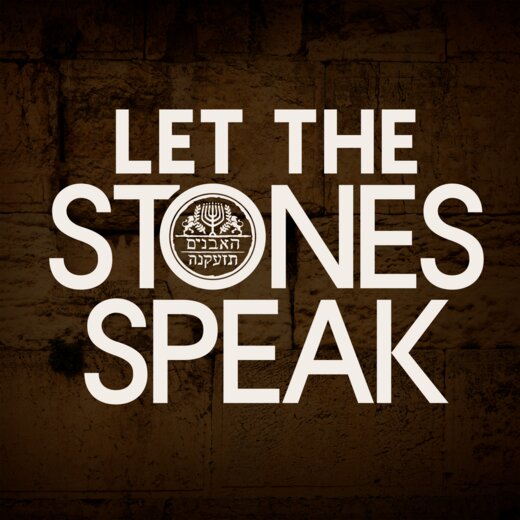 Let the Stones Speak brings you archaeology from a biblical perspective. Host Brent Nagtegaal is on location in Jerusalem to give you the most important developments happening on the ground—and emerging from beneath it. Nagtegaal is a contributor for ArmstrongInstitute.org.

One of the most important archaeological discoveries in Jerusalem is the Ophel Gatehouse, uncovered by the late Dr. Eilat Mazar. On today’s program, host Brent Nagtegaal takes you on a tour of the gatehouse and discusses its 10th-century B.C.E. dating.

On today's program, host Brent Nagtegaal speaks with archaeologist Christopher Eames about four ancient gatehouses that have been attributed to King Solomon's era.

Following a careful cleaning process, a new discovery can be revealed to the public: an exceptionally rare silver half-shekel coin, from Year 3 of the Great Revolt. On today's program, we talk with Dr. Yoav Farhi who analyzed the coin.

And a second “House of David” inscription confirmed

And a new tool in biblical archaeology: archaeomagnetism

#15: The Ishmael Papyrus, a Silver Shekel and a Fully Stocked 3,300-Year-Old Tomb

Protecting antiquities from looters and illicit markets continues to be a problem in Israel. Yet in the past week, Israel has announced the repatriation of two key discoveries: a First Temple Period papyrus and a silver shekel from the fourth year of the Great Revolt.

This week, host Brent Nagtegaal spoke with Givati dig co-director Dr. Yiftah Shalev about the ivory discovery, as well as other unique biblical-period finds from the excavation.

On today’s program, host Brent Nagtegaal goes to Tel Lachish to talk with excavation director Prof. Yosef Garfinkel about his team’s discoveries at the site from the time of Rehoboam, as well as to preview his new excavations set to begin on June 26, 2022.

On today’s program, host Brent Nagtegaal takes you on a tour of Gezer, highlighting the latest evidence supporting Solomonic-period construction.

#11: Will the Location of the Tabernacle Soon Be Discovered at Tel Shiloh?

The upcoming excavation at Shiloh may reveal the resting place of the biblical tabernacle, says dig director Dr. Scott Stripling.