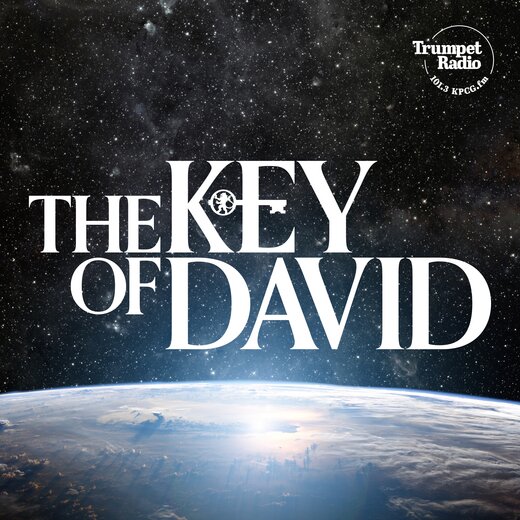 The Key of David

Presenter Gerald Flurry discusses world events in the light of end-time Bible prophecy. This is the audio format for his Key of David television program. The Key of David emulates the tradition and format, as well as the depth, of the late Herbert W. Armstrong’s telecast, The World Tomorrow, one of the most popular religious programs of its time. … Read More

Not long after the death of Jesus Christ, God’s one true Church disappeared for 100 years. This “lost century” was a deadly attack on the Church and the truth of God. This tragic history of the lost century has repeated itself in this end time.

The world around you is beset by deadly problems. Understand how to solve world problems by identifying the original cause—by studying how things developed “from the beginning.”

God promises to save America from the bitter affliction it is suffering today! But relief will be temporary—just long enough for the people to consider repenting toward God. Understand how God will use one leader to bring brief relief to America.

#216: Our Special History With Israel

He was a humanitarian, educator and leader. Heads of state around the world called him an unofficial ambassador for world peace. His name was Herbert W. Armstrong. His legacy and special history with the tiny nation of Israel continue today.

Abraham Lincoln was possibly the greatest president in American history. The way he won the Civil War teaches a powerful lesson to all of us. Learn how Lincoln’s belief in God and love of the Bible impacted his leadership during America’s deadliest war.

Your Bible reveals where God is working in this end time. But you must understand a major key that unlocks Bible prophecy: the principle of prophetic duality.

The excavations of an ancient Israelite altar and curse tablet on the same mountain powerfully confirm the accuracy of the Bible. These discoveries teach a crucial moral lesson. In life, you have two choices. Learn which choice to make.

Mankind’s definition of freedom is very different from God’s. From God’s perspective, the whole world is enslaved! Learn how the world has been taken captive—and how you can achieve true freedom!